I think we all wish we could go back in time and do things just a little bit differently. Nothing major, because I like who I am and how I got here, just little things to have made life a bit more easy and stress free. Here are the main things I would have told myself about 8 years ago, and hopefully, to any of the younger people reading this, what I would tell you as well.

I know it’s hard, but try not to compare yourself to other people. You are different and for a good reason. Yes, you don’t have thin, pin straight hair, you have bushy eyebrows, but you’ll learn to tame those, no you’re not pale white, no your nose isn’t straight like the majority of peoples, and yes you have hair on your forearms. Deal with it. It’s your body, it’s how you were made, and it’s what it will continue to be. You’ll never be happy until you accept that you are unique. Besides, different is always better.

You might feel like no one listens to you, and reality is, they probably don’t. While I still struggle with this to this day, I know it can be bad. You say the same things over and over, but no one hears you. Chances are, a lot of people won’t. But that’s okay, it’ll drive you to creative outlets, like blogging, and music! Lots and lots of great music, oh, and a bit of sketching. This will also lead to you not talking as much, but that’s okay, because when you do actually speak, people will finally listen.

You’re different. Get over it. You’ll hate being different for a while, and then you’ll figure out it’s a blessing when people tell you that they’re refreshed to meet someone like you. You’ll figure out that you can be an old man trapped inside of a young girls body, but  at the same time you can also feel like an old soul who is randomly super girly. From what I can gather, it’s normal. I’ll give you a tip, when meeting new people, always start by showcasing your weird side. You’ll quickly weed out the people who won’t be able to follow along with you, and you’ll quickly be able to find those who are just like you.

Staying the same is not a bad thing. That one boy from third grade who you reconnect with in senior year will tell you that you haven’t changed a day since that fateful day in third grade when he met you. While you might take this as an insult, I’ve come to realize, it’s a good thing. You were just as weird, open, and odd back then as you are now. Kudos to you, or us, for not changing.

However, changing isn’t a bad thing. either I know how you feel, you’re stuck in a rut. Wearing the same jeans and two sweaters, doing the same thing, never changing or going out of your comfort zone for fear of judgement. But thank god, you’ll change in ways you’re supposed too, you’ll learn to do your hair, you’ll learn to cover up those god awful under eyes, and you won’t be afraid to try new things that you want to do.

Say yes a little more often. You and me both say no way too much and we miss out on key experiences of ‘teenage’ life. If you had broken this sooner, you might have experienced those things called house parties in high school, you might have even been invited to one if you had put yourself out there a bit more. I’ll learn from your mistakes, and push myself to say yes to going out now. Although third year university is rolling by and I’ve yet to actually go to a party or club.

Bad grades don’t mean you’re stupid. You’ll struggle with this one a lot. No you don’t get honor roll, , but all your friends will. You’ll constantly be compared to those around you who manage to get high grades. But that’s okay. You’ll pursue your dream career and try to kick the stupid ways education systems reward good grades. 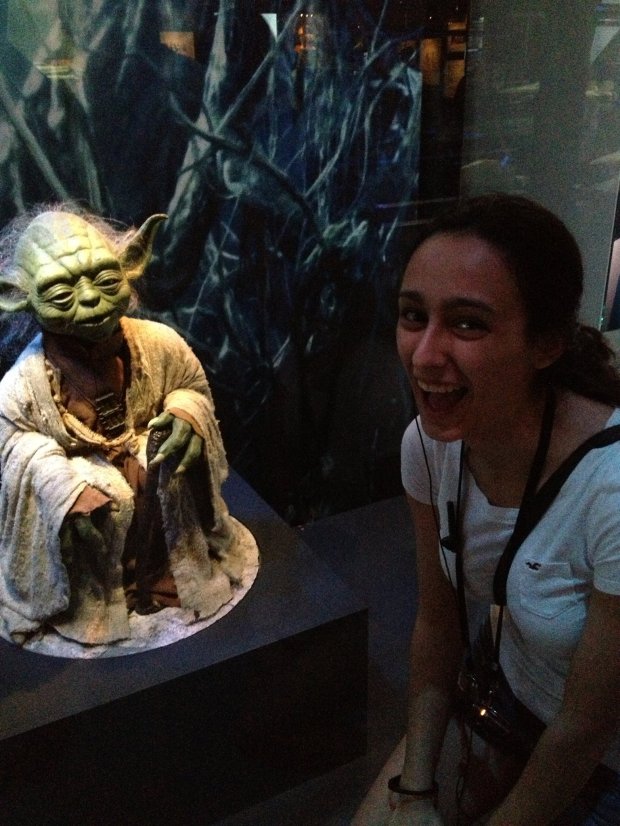 All in all, 8 years later you’re still trying to figure things out. You have a hell of a lot more confidence in yourself and you honestly only get it through growing up the way you did. So I guess I’ll just congratulate myself in saying you make it through high school, you do get accepted into university, and you manage to keep a majority of your high school friends. You still have to work on saying yes to experiences and you’ll have to work through hundreds, if not thousands, of existential crisis’s right before bedtime. You’re doing okay though, so keep on being you and never be afraid to show your weirdness.

I’m a 20 year old Canadian girl who finds writing a great way to purge thoughts and emotions on all all things life, fashion, beauty, music, books, and more!